To share your memory on the wall of Boyce Jones, sign in using one of the following options:

Print
Boyce Edward Jones, age 79 years, 4 months, and 21 days, went to be with the Lord on Monday, October 5, 2020 from his home in Smithtown and was placed into the care of the Hickman-Strunk Funeral Home.

Funeral services were held Thursda... Read More
Boyce Edward Jones, age 79 years, 4 months, and 21 days, went to be with the Lord on Monday, October 5, 2020 from his home in Smithtown and was placed into the care of the Hickman-Strunk Funeral Home.

Funeral services were held Thursday October 8, 2020 at 1 pm at the Hickman-Strunk Funeral Home with Bro. John Duvall and Bro. Stewart Jones officiating. Interment was in the Mountain View Cemetery in Stearns, Kentucky.

Boyce was born May 14, 1941 in the Mountain View Community, to Herbert Jones and Alma (Crisp) Jones. Boyce was a well-known, well respected businessman in our community. At the time of his passing he had owned B and H Auto Parts since 1972. He had also owned a Chrysler dealership and had been an over the road truck driver and owned and operated his own gravel truck. He was a longtime, faithful member of the Day Ridge United Baptist Church, where he served as a deacon for over 45 years.

Boyce married Norma Ross, on May 16, 1961 and they began their life of 59 years together. They raised three children, Donna, Debra, and Steve. Boyce was a wonderful husband, father, and grandfather. His family was precious to him and he loved spending time with them, especially his grandchildren and great-grandchildren.

Boyce was preceded in death by his parents, a brother, Harold Jones, a son-in-law, James “Randy” West, and brother-in-law, James Roy.

Boyce’s faith has ended in sight. We find comfort in his testimony and the exemplary Christian life he lived.

The Hickman-Strunk Funeral Home was honored to serve the family of Boyce Jones.
Read Less

To send flowers to the family or plant a tree in memory of Boyce Jones, please visit our Heartfelt Sympathies Store.

Receive notifications about information and event scheduling for Boyce

We encourage you to share your most beloved memories of Boyce here, so that the family and other loved ones can always see it. You can upload cherished photographs, or share your favorite stories, and can even comment on those shared by others. 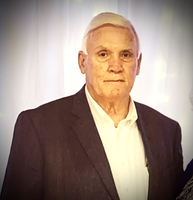