To share your memory on the wall of Carter Dobbs, sign in using one of the following options:

Carter was born August 19, 1940, in Cooperative, Kentucky to his parents Rev. Ross and Jewell (Phipps) Dobbs. Although born in Kentucky, Carter lived most of his life i... Read More
Rev. Carter R. Dobbs, 79, moved to his eternal home on May 17, 2020.

Carter was born August 19, 1940, in Cooperative, Kentucky to his parents Rev. Ross and Jewell (Phipps) Dobbs. Although born in Kentucky, Carter lived most of his life in Muncie, Indiana.

Carter married the love of his life, Carolyn (Koger) Dobbs on March 7, 1958 and they celebrated 62 years together. Their marriage was blessed with one son, Carter DeWayne Dobbs.

He had been employed and retired from the Muncie Chevrolet Plant in 1990 after 20 years of service. Carter was also a member of the Whitney Masonic Lodge.

He was a member of the Gospel Travelers singing group for many years and after leaving the group continued to use his singing talent at the home church.

He was a member of the Memorial United Baptist Church and was a previous pastor there for 16 years. His pastoral work also included: Old Fashion and Charity Baptist Churches.

He was preceded in death by his parents, his son Wayne, also a sister and brother-in-law Vina Jean and Ralph Gregory.

Although Carter will sadly be missed by his family and friends, his days of poor health and sadness are now left behind. Weeping may endure for a night, but joy cometh in the morning!

Due to covid 19 restrictions, private family funeral services will be held at the Memorial United Baptist Church with Pastors Ronald and Chris Black officiating. Burial will follow at the Elm Ridge Memorial Park Cemetery. Parson Mortuary Is in charge of the arrangements.

Memorial contributions may be made to Memorial United Baptist Church 2911 Phillip, Muncie, IN 47302.

To plant a memorial tree in honor of Carter Dobbs, please visit our Heartfelt Sympathies Store.

Receive notifications about information and event scheduling for Carter

There are no events scheduled. You can still show your support by sending flowers directly to the family, or planting a memorial tree in memory of Carter Dobbs.
Plant a Tree

We encourage you to share your most beloved memories of Carter here, so that the family and other loved ones can always see it. You can upload cherished photographs, or share your favorite stories, and can even comment on those shared by others.

Posted May 21, 2020 at 07:22pm
I'm sorry to see that Carter has gone on to Heaven.
I knew his father Ross in his mother at Coop. Ross married my parents Orville Gregory in Flora Winchester Gregory.
Mom told me that her in Daddy was running later for Ross to married them. Daddy had a big horn outside on his car. Daddy began to blow that big horn so Ross would know that were coming.
Now Cater has gone on to see see his son in parents in Heaven.
We are also kin on the Dobbs side.
Rest in Heaven.
Shonda Gregory Dukes
Comment Share
Share via: 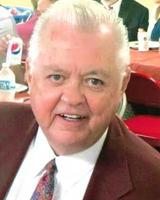