To share your memory on the wall of Delbert Casada, sign in using one of the following options:

Print
Delbert L. Casada, age 86, passed away Tuesday, July 14, 2020 at the Lake Cumberland Regional Hospital in Somerset, Kentucky and was placed in the care of Hickman-Strunk Funeral Home.

Funeral services were held Friday, July 17, 2020 at 4... Read More
Delbert L. Casada, age 86, passed away Tuesday, July 14, 2020 at the Lake Cumberland Regional Hospital in Somerset, Kentucky and was placed in the care of Hickman-Strunk Funeral Home.

Funeral services were held Friday, July 17, 2020 at 4:00 pm at the Hickman-Strunk Funeral Home with Bro. Mike Casada and Bro. Carlie Duncan officiating. Burial was in the Greenwood Cemetery.

Delbert was born in Keno, Kentucky on January 3, 1934 to the late Lorenzo Casada and the late Sadie (Tuttle) Casada. He later settled in the Pine Knot community of McCreary County, Kentucky. He was a coal miner and a commercial construction employee. During his time off, he enjoyed woodworking.

He is preceded in death by: three brothers, Harley, Leroy, and Ronald; and two sisters, Elizabeth Worley, and Verdie Howell.

Delbert is survived by his loving family, including: his son, Jason Casada, of Strunk, Kentucky; his former wife, Judy Casada: a brother, Roger Casada and wife, Marilyn, of Whitley City; a sister, Rachel Ann Childers and husband, Frank, of Somerset; a grandson, Kyle Casada; and several nieces and nephews.

To send flowers to the family or plant a tree in memory of Delbert Casada, please visit our Heartfelt Sympathies Store.

Receive notifications about information and event scheduling for Delbert

We encourage you to share your most beloved memories of Delbert here, so that the family and other loved ones can always see it. You can upload cherished photographs, or share your favorite stories, and can even comment on those shared by others. 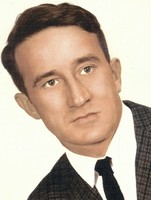