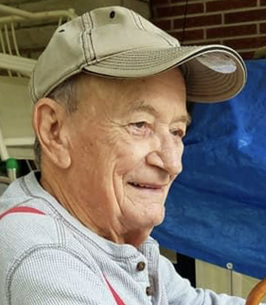 Dr. Ralph Waldo “Wally” Nevels, age 83, passed away on Tuesday, March 1, 2022, and was placed in the care of the Hickman-Strunk Funeral Home.

Funeral services were held Monday, March 7, 2022, in the chapel of the Hickman-Strunk Funeral Home. Burial followed in the Nevelsville Cemetery.

He was born at home in Nevelsville, Kentucky on October 21, 1938. He is preceded in death by his parents, C.D. “Dave” and Dovie Nevels; his wife, Phyllis Stewart Nevels; and his brother-in-law and sister, Gerald and Doris Wilson. He is survived by two sisters, Patricia McCracken (William) and Alma Fay Sexton (Landon); three children, Joety Nevels (Carol), Lisa Kintzele, and Nick Nevels (Jennifer); and five great grandchildren, Tyler Nevels, Shawn and Trevor Kintzele, and Asher and Anaya Nevels.

Ralph began his education at his mother’s Knee, moving on to his first two years of formal education under the guidance of his father. He spent the remainder of his elementary education under the guidance of Adrian Stephens, his teacher at Parker’s Lake. He finished elementary school in 1951 and moved on to McCreary County High School where he would spend the next four years. He applied and was accepted to Berea College in 1955, during Berea’s celebration of their 100th anniversary, graduating with a Bachelor's Degree in 1959. Ralph went on to earn a Master’s Degree from Eastern Kentucky University in 1972 and a Doctorate of Education from the University of Kentucky in 1984.

Dr. Nevels’ career spanned 32 years, serving in positions of teacher, principal, finance officer, and superintendent. He served as a mentor to many outstanding personnel. It was under his leadership as the Superintendent of McCreary County School System that Pine Knot High School and McCreary County High School Merged to form McCreary Central High School. Dr. Nevels held fast that merging the two schools was in the best interest of students in order to provide them with access to the best resources available. One feature of the blueprints that Ralph insisted upon was the addition of an auditorium for the presentation of concerts and plays. The final project was notably one of the finest buildings in the region, and the consolidation paved the way for decades of learning and success. Almost 45 years later, the building is still referred to by many locals as “the new school”

On October 21, 2018, Dr. Nevels was honored by having the Dr. Nevels Transition Center at MCHS dedicated to him. This center helps students prepare for their future and serve our great community. He has also been honored by having a math classroom at Somerset Community College, McCreary Center, named for him.
Dr. Nevels’s work for the McCreary County education system was the best exemplified by the talents and achievements of its students throughout his career.

Ralph was baptized into membership at the Whitley city United Methodist Church, where he attended regularly, serving as the Administrative Council Chair for many years.

Ralph leaves behind a rich legacy of academic excellence, community service, and an appreciation for University of Kentucky basketball and the fine arts. His family and friends are blessed to have been able to call him one of their own, and McCreary County is a better place because of his efforts.