To share your memory on the wall of Garry Creekmore, sign in using one of the following options:

Funeral services were held Friday, October 23, 2020 at 1:00 pm at the Hickman-Strunk Funeral Home with Bro. Mike Casada and Bro. David Troxell officiating. Entombment was in the Pine Knot Cemetery.

He was born September 4, 1951 in Ayers, Kentucky, the son of Lewis and Nevada Webb Creekmore.

He was preceded in death by his parents, a brother, W.M. Creekmore, and two sisters Juanita Shelley and Betty Rose Trammell.

Garry was a Walmart truck driver for 29 years. He was also an avid farmer and cattle producer. Garry enjoyed working his farm, having cookouts with his family, giving and receiving gag gifts at Christmas, and talking with his many friends. But the most important thing was when he turned his heart over to his heavenly Father.

Receive notifications about information and event scheduling for Garry

There are no events scheduled. You can still show your support by sending flowers directly to the family, or planting a memorial tree in memory of Garry Wayne Creekmore.
Plant a Tree

We encourage you to share your most beloved memories of Garry here, so that the family and other loved ones can always see it. You can upload cherished photographs, or share your favorite stories, and can even comment on those shared by others.

Plant a Tree in Memory of Garry
Plant a tree 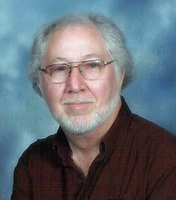