To share your memory on the wall of Jean Justus, sign in using one of the following options:

Print
Jean Justus, age 81 years, 5 months, and 1 day, passed away on Monday, July 13, 2020 at her home in Stearns, Kentucky and was placed in the care of Hickman-Strunk Funeral Home.

Jean was born on February 12, 1939 in McCreary County to the late Charlie Vanover and the late Elsie (Crabtree) Vanover. She was the widow of Estel “Dick” Justus and a member of the Lower Hickory Grove Baptist Church. Jean worked for the McCreary County School District and was a secretary at the Eagle Elementary School. She loved computers, pictures, and spending time with her beloved family.

To send flowers to the family or plant a tree in memory of Jean Justus (Vanover), please visit our Heartfelt Sympathies Store.

Receive notifications about information and event scheduling for Jean

We encourage you to share your most beloved memories of Jean here, so that the family and other loved ones can always see it. You can upload cherished photographs, or share your favorite stories, and can even comment on those shared by others.

Posted Jul 16, 2020 at 08:29am
One of sweetest, kindest women I've ever known. So many good memories from childhood, and she was such a rock after my own mother died so long ago.
Comment Share
Share via:
LB 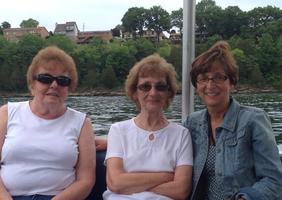 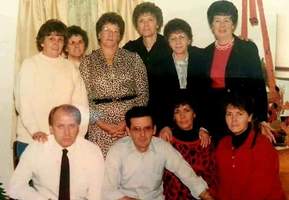 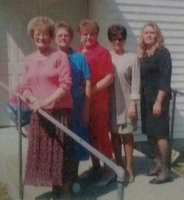