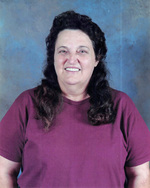 Funeral services were conducted at 1:00 pm in the chapel of the Hickman-Stunk Funeral Home with Bro. Hilton Duncan officiating. Interment followed the services and was in the Corder Cemetery.

The passing of JoAnn is mourned by all who knew and loved her, but we know she leaves many wonderful memories behind, and we hope these will be of comfort to you in your time of sorrow.

The Hickman-Stunk Funeral Home was honored to serve the family of JoAnn Gibson Watson.