To share your memory on the wall of Leuna Elam, sign in using one of the following options:

Print
Leuna Elam, age 85 years, 1 month, and 3 days, passed away Monday July 13, 2020 at the Beech Tree Manor in Jellico, Tennessee and was placed into the care of the Hickman-Strunk Funeral Home.

Funeral services were held Wednesday, July 16... Read More
Leuna Elam, age 85 years, 1 month, and 3 days, passed away Monday July 13, 2020 at the Beech Tree Manor in Jellico, Tennessee and was placed into the care of the Hickman-Strunk Funeral Home.

She was born on June 10, 1935 in Whitley City, Kentucky to the late Charlie Vanover and the late Elsie (Crabtree) Vanover. Leuna was the widow of Rev. Nathaniel “Kenneth” Elam and was a long-time member of the East Appletree United Baptist Church. She was a devoted wife, mother, and friend who enjoyed camping, fishing, crocheting, and reading her bible. She loved spending time with her family, whether it was playing board or video games or just a simple gathering.

She is preceded in death by: one brother, Larry Vanover; and four sisters, Lola Hansford, Ruby Griewe, Wilma Stephens, and Mildred Bryant.

At the time of Mrs. Elam’s passing she was survived by her sister, Jean Justus. Sadly, Mrs. Justus passed away only 12 hours later.

The Hickman-Strunk Funeral Home was honored to serve the family of Mrs. Leuna Elam
Read Less

To send flowers to the family or plant a tree in memory of Leuna Elam (Vanover), please visit our Heartfelt Sympathies Store.

Receive notifications about information and event scheduling for Leuna

We encourage you to share your most beloved memories of Leuna here, so that the family and other loved ones can always see it. You can upload cherished photographs, or share your favorite stories, and can even comment on those shared by others.

Posted Jul 16, 2020 at 08:36am
One of the sweetest, kindest women I've ever known. Some of my best childhood memories are of Leuna. Always so bubbly and caring. I always looked forward to going to her and Ken's place when they lived in Hamlet. On Friday nights, she let us stay up late and watch the Cool Ghoul and Roller Derby.
Comment Share
Share via:
LB

Posted Jul 14, 2020 at 11:44am
Mike, Darlene and family,
I have so many fond memories growing up with Aunt Nooni and Uncle Tie Tie :) I have so many stories to share with you sometime. She could be quite the prankster too! I wish we could be with you at this time. Much love to you all. ❤️
Comment Share
Share via: 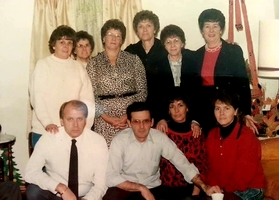 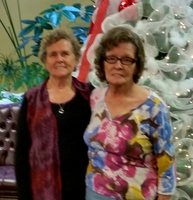