To share your memory on the wall of Robert Lawson, sign in using one of the following options:

Funeral services were held Friday, January 24, 2020 at 3:00 pm at the Hickman-Strunk Funeral Home with Bro. Harold Long officiating. Burial was in the Pine Knot Cemetery.

He was born March 21, 1942 in Whitley City, Kentucky to William Zelma Lawson and Alberta Long Lawson. Robert was a follower of the Church of God faith and a member of the Orie S. Ware Lodge. He retired from Highland Telephone Cooperative in 2002, after many years of service. In his spare time, Robert enjoyed hunting, fishing, and playing pranks.

Preceding Robert in death were his parents, his stepmother, Mamie Strunk, and an infant brother, Jack Lawson.

Robert is survived by his wife, Betty Lawson of Pine Knot, a daughter, Christy Midden and her husband, Jeff, of Houston, Texas, a son, Barry Singleton and his wife, Tanya, of Parkers Lake, a sister, Janie Stanley of Knoxville, Tennessee, a nephew, David Gover, of Raleigh, North Carolina, two grandchildren, Brandon Singleton and Holly Singleton, and a great grandson, Kardyn Staley.

To send flowers to the family or plant a tree in memory of Robert Lawson, please visit our Heartfelt Sympathies Store.

Receive notifications about information and event scheduling for Robert

We encourage you to share your most beloved memories of Robert here, so that the family and other loved ones can always see it. You can upload cherished photographs, or share your favorite stories, and can even comment on those shared by others.

Pennye LongGullett and Nicole DeLoach sent flowers to the family of Robert Lawson.
Show you care by sending flowers

Posted Jan 24, 2020 at 01:25pm
To Betty, Janie and family. I've sorry about Robert. I didn't know he had been sick for some time. I'm sorry, I can't make it to the services. Our families go back, in church, in school, etc. Thought the world of Robert and the family.

Posted Jan 23, 2020 at 12:35pm
You will be missed,your stories and your presence . But I know we'll meet again ! Love Cousin Pennye&Dan Long-Gullett family & Aunt Melinda Long

Posted Jan 20, 2020 at 06:15pm
Such sad hearts to lose a dear lifelong friend from high school, so many good memories to remain in our hearts to recall when needed. I will always remember the 3 rebels i called them because this was the beginning of the rock and roll years when leather jackets and penny loafer shoes were in style and duck tail hair slicked back with Brylcream . Robert, Bill and Bob we will always remember you together. Love the Memories
Comment Share
Share via:
PL

We will all miss your laughter and stories ! Dad loved you so much and we know you loved your Uncle James ,thank you for being there for Mom and Dad during those times of fun but also even more during the time of sickness ! We will meet again Cousin on the other side ! Mom, your Aunt Malinda is always telling me how much it meant to her and Dad for you and Betty to be there ! Thank you ,love you and miss you ,Pennye Long-Gullett, Dan Gullett , Melissa Gullett White and family and especially from Aunt Malinda Long & in memory Uncle James Long 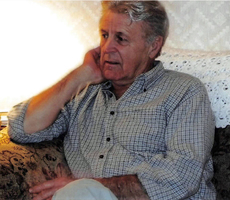